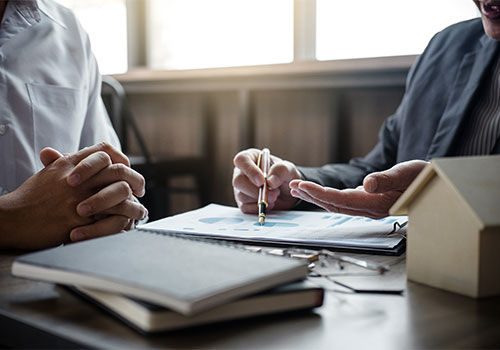 Are her savings and pension going to be adequate for retirement?

Comfortable retirement with an option to continue work.

In Toronto, a woman we’ll call Angela is doing well in her insurance industry career. At age 52 and single, her gross income of $69,800 is enough for now, but she worries about the future. She rents a lovely cottage by Lake Ontario, but feels it is too late to buy a home. “I would like to maintain this lifestyle, but I don’t want to face poverty at 65, which is when I expect to retire,” Angela explains. “I may need money to hire some services and to pay for a decent retirement living situation. I might even want to work beyond age 65.”

WHAT OUR EXPERT SAYS

Facelift asked Toronto-based certified financial planner Michael Cherney to work with Angela in order to plan a comfortable retirement. His conclusion: With some adjustments to her savings and investments, Angela should be able to count on $48,000 a year in retirement income, which is 69 per cent of her current gross income.

With no further employment expenses, such as commuting, and no employment insurance, Canada Pension Plan and retirement savings deductions, her way of life should not suffer a significant reduction.

“Angela’s problem is straightforward,” Mr. Cherney says. “How can she afford to retire and travel on what amounts to one average income? She is anxious to plan for the time in 13 years when she would be expected to quit work.”

Angela’s job has a defined benefit pension that will pay her $15,146 a year at age 65 indexed to 75 per cent of the rise in the consumer price index.

Together, Angela and her employer deposit about 14 per cent of her gross income into her pension. As well, she has $169,200 in registered retirement savings plans, and hopes to add $2,300 this year. She also has $5,700 in a non-registered account and plans to add $3,600 this year. She saves steadily, but an enhancement of after-tax returns are possible.

Beginning next year, Angela can make use of tax-free savings accounts, created in this year’s budget. TFSA contributions are made with after-tax dollars, but funds in TFSAs will grow and be paid out tax-free.

Angela’s RRSPs will rise in value to $366,000 by age 65, assuming an average annual return of 5 per cent, Mr. Cherney estimates. She can withdraw 5 per cent a year to age 71. At that time, she would convert her plans to registered retirement income funds and withdraw the statutory minimums. The required withdrawals start at 7.4 per cent a year and grow to 20 per cent a year for RRIFs established in 1993 and later. She should convert her non-registered account to a TFSA next year and add $5,000 yearly to age 65. It would then be able to pay her $2,800 a year at age 65.

By 2021, Angela’s assets will have risen to $366,000 in her RRSP/RRIF and $56,000 in her TFSA. She could buy a house, but what she could get for a mortgage payment on a 25-year amortization equal to the $925 monthly rent she now pays for her cottage residence would not be nearly as nice. She could build equity and own the house by age 79. But to what end, Mr. Cherney asks. She would wind up paying more for less. She has no plans to leave substantial sums to anyone. It would be an investment without a clear rationale, he says.

“If Angela works to age 65, she will be able to have a comfortable retirement,” Mr. Cherney says. “She will have the security of having most of her money come from government pensions and a defined benefit pension plan. Most of her cash flow will be largely indexed to the cost of living. The saving she is doing today will pay her well in her retirement.

“If Angela chooses to work beyond age 65, she will be able to increase her income,” the planner adds. “Canada Pension Plan benefits will increase by 0.5 per cent a month for each month past age 65 at which she elects to begin those benefits. She will hit a plan maximum at 130 per cent of age 65 benefits at her age 70. Continued work would generate more employment pension benefits and RRSP space.

” Most of all, by continuing to work, she would be able to defer the time when she has to begin to consume her savings.”