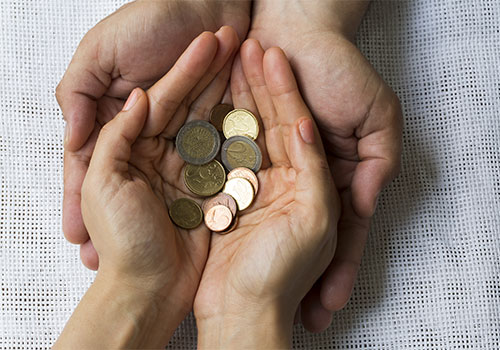 By next spring, Ed and Cleo aim to have sold their Vancouver house and moved to their dream home in the sunny Okanagan Valley. Cleo, who is 60, has already taken early retirement and Ed, 58, plans to follow next June.“When you live in the rain for 55 years, you get tired of it,” Ed said in an interview.

Raising enough monthly income from investments in a tax-efficient and secure way to retire comfortably.

Take advantage of income splitting and ease into the stock market slowly.

Worry-free retirement knowing they can travel and enjoy an active lifestyle.

While Ed and Cleo (not their real names) have a wealth of assets, they also have some questions. Their social life is still centred in Vancouver. They plan to buy a modest condo there so they will have a place to stay when they are in town. Should they put it in their son’s name? He’s 22 and in his fourth year of university so this would give him a leg up in the pricey Vancouver real estate market. Should Cleo start drawing on her RRSP right away? And how can they invest the $600,000 or so they have sitting in money market funds without undue risk? We asked Michael Cherney, a Toronto-based financial planner, to look at their situation.

What Our Expert Says

Ed and Cleo have an embarrassment of riches, Mr. Cherney says. They own two residences totalling about $1,600,000 in value, with a modest mortgage of $187,000. They also have financial assets of about $1,150,000. “And this is before you look at Ed’s two defined benefit pensions.”

It is important to distinguish between a defined benefit (DB) pension and a defined contribution (DC) pension, Mr. Cherney notes. With a DB pension, the employer guarantees the retirement income. With a DC pension, the risk is entirely the employee’s. With an increasing number of companies opting for DC pensions to reduce their risk and benefit their bottom line, Ed finds himself in a shrinking group of fortunate workers.

To boot, one of Ed’s two pensions has full indexing together with a pre-age-65 supplement for Canada Pension Plan (CPP). Even in a low-inflation environment, it is easy to lose sight of the destructive power of inflation to erode the value of retirement income.

Over the course of a 30-year retirement (which is becoming an increasingly common event with today’s longer life spans), a $40,000 pension will shrink by more than one half, even assuming a low inflation rate of 2.5 per cent. So, the value of full indexing on a pension, as well as on CPP and Old Age Security (OAS), can scarcely be exaggerated, Mr. Cherney emphasizes.

Ed’s income from his registered pension plan will be eligible for income splitting rules, effective immediately upon retirement. These rules allow for the allocation of up to one half of pension income to the spouse for tax purposes, allowing Ed and Cleo to split their retirement income, which will total about $100,000 a year, equally from day one.

This is another advantage of Ed having a defined benefit pension. While income-splitting rules also apply to income from a Registered Retirement Income Fund (RRIF), these don’t kick in until age 65, or six years after their retirement starts.

The couple wonder whether they should start depleting Cleo’s Registered Retirement Savings Plan (RRSP) (currently valued at $450,000) during her low-income years at the beginning of their retirement. While this may well have been a wise decision before the inception of the income-splitting rules, there is no need for it now because Cleo’s unused low tax brackets will be filled by Ed’s split income.

Given that RRIF income is fully taxable, there is no reason to start drawing it until the latest possible time, or the year after they turn 71, and then only at the minimum. Until then, any required income after pension, CPP and OAS should come from the non-registered funds.

Tax-Free Savings Accounts (TFSA) also fit into the couple’s plan. Each has one, containing $5,000. They have so much in the way of non-registered savings that they can transfer the annual maximum from these savings into their TFSAs, allowing for tax-free growth.

Because most, if not all, of their income will come from company and government pensions and from RRIFs, they will likely not need any of the money in their TFSAs during their lifetime, and it will flow tax-free to their son upon the death of the second surviving spouse.

However, if it is needed during their lifetimes, it can be withdrawn without any tax, and recontributed later, as required, because contribution room is restored upon a withdrawal.

Another question from the couple is whether Cleo should take advantage of her outstanding $13,400 RRSP contribution limit. The answer is yes, but not until 2011. She will then have about $50,000 in income based on the split from Ed’s pension (as well as her own CPP income), which can be reduced by this deduction.

This contribution makes sense given that the couple are maximizing their TFSAs anyway, and given that there are still another 10 years before she needs to start withdrawing from her RRIF.

The couple were lucky enough to escape the stock market carnage last fall, and they now have about $600,000 in money market investments that they would like to invest. Mr. Cherney recommends an asset allocation of 60 per cent to 70 per cent equities and 30 per cent to 40 per cent fixed income given their age and circumstances.

“I have one particular caution in the case of equities,” he says. Because much of the couple’s money is now in cash or equivalents, he strongly recommends not jumping into equities on a wholesale basis.

One overlooked risk for retirement income is “early decline risk.” Early declines are much more damaging to the long-term value than are later declines when money is being withdrawn from a portfolio, because there is less capital with which to make up the losses.

“For this reason, the couple should look at transferring to equities on a gradual basis, perhaps over three to five years.”

As for buying a condo in their son’s name, the planner sees some benefits to doing so. “Since he is their ultimate beneficiary, it makes sense to allow him to start taking advantage of the principal residence exemption at the earliest possible age,” he said.