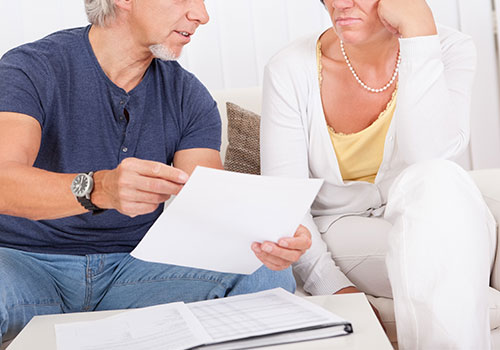 Have they saved enough to retire if they sell their Toronto-area house and move to a smaller town?

They sell and move to Niagara. Jeffrey quits working and Jane commutes to work for another couple of years. They lower their spending or consider working longer.

For the past couple of years, as the value of their suburban Toronto house soared, Jeffrey has been pleading with his wife Jane to sell it and the cottage and retire to some place where real estate is less expensive. That way, they could afford to spend six months a year in a warmer climate.Jane has steadfastly resisted, arguing that they haven’t saved enough money yet. Jeffrey is age 59 and is self-employed, and until recently earning about $45,000 a year, including dividends from his company. Jane is 54 and brings in $88,000 a year in a management job. Neither has a work pension.Last winter, Jeffrey was injured in an accident. He is unable to work at his previous pace, dropping his income to about $12,000 a year. “I’ve been begging my wife to get out of the rat race with me, yet she insists the funding is not sufficient,” Jeffrey writes in an e-mail. Originally, he’d been thinking of moving to small-town British Columbia, but Jane refused.So, Jeffrey proposed a compromise. If the numbers add up, he would quit now. They’d sell their house and cottage and move to the Niagara region, where Jane could commute to work for another couple of years before retiring.Will their savings, plus whatever they net from downsizing, provide their desired retirement goal of $70,000 a year after tax? Jeffrey asks.We asked Michael Cherney, an independent Toronto-based financial planner, to look at Jeffrey and Jane’s situation.

WHAT THE EXPERT SAYS

“They would take the rest to help finance their early retirement,” the planner says. Jeffrey would quit now, Jane in two years.

The simplest thing would be to cut their spending target. That shouldn’t be very hard, Mr. Cherney says. They will no longer be making mortgage payments and their transportation costs will fall once Jane has quit working. Or they could pick up some part-time work. Jane could postpone her retirement by a few years, which might suit her, the planner says. Another solution, which would suit Jeffrey, would be to earn a higher rate of return on their investments. Mr. Cherney notes that the couple’s actual rate of return is much higher than the 4.5 per cent he has projected.

“Jeffrey has been a very successful do-it-yourself investor, with 100-per-cent stocks,” the planner notes, “but this comes with risk that Jane may not be comfortable with.”

So far, Jane and Jeffrey have not taken advantage of tax-free savings accounts. The planner suggests they immediately open TFSAs and put some of their holdings there to benefit from the tax-free growth.

Jane has substantial unused RRSP contribution room, so Mr. Cherney recommends she put some of the proceeds from the house sale into her RRSP to get a big tax deduction while she is still working. Her marginal tax rate is 31.48 per cent. When she eventually converts the RRSP to a registered retirement income fund and begins withdrawing, her tax rate will be much lower.

As well, she might want to put some of the money into a spousal RRSP for Jeffrey to allow him to eventually take advantage of the federal pension income credit. They can’t claim the credit against RRIF income until they are 65.

A note on their wills. Jeffrey has updated his will since he and Jane married – it’s his second marriage – but Jane has not. “They should both have their wills reviewed by the same lawyer so that the wills can be mirrored, subject to any obligations that Jeffrey still has from his first marriage,” Mr. Cherney says.